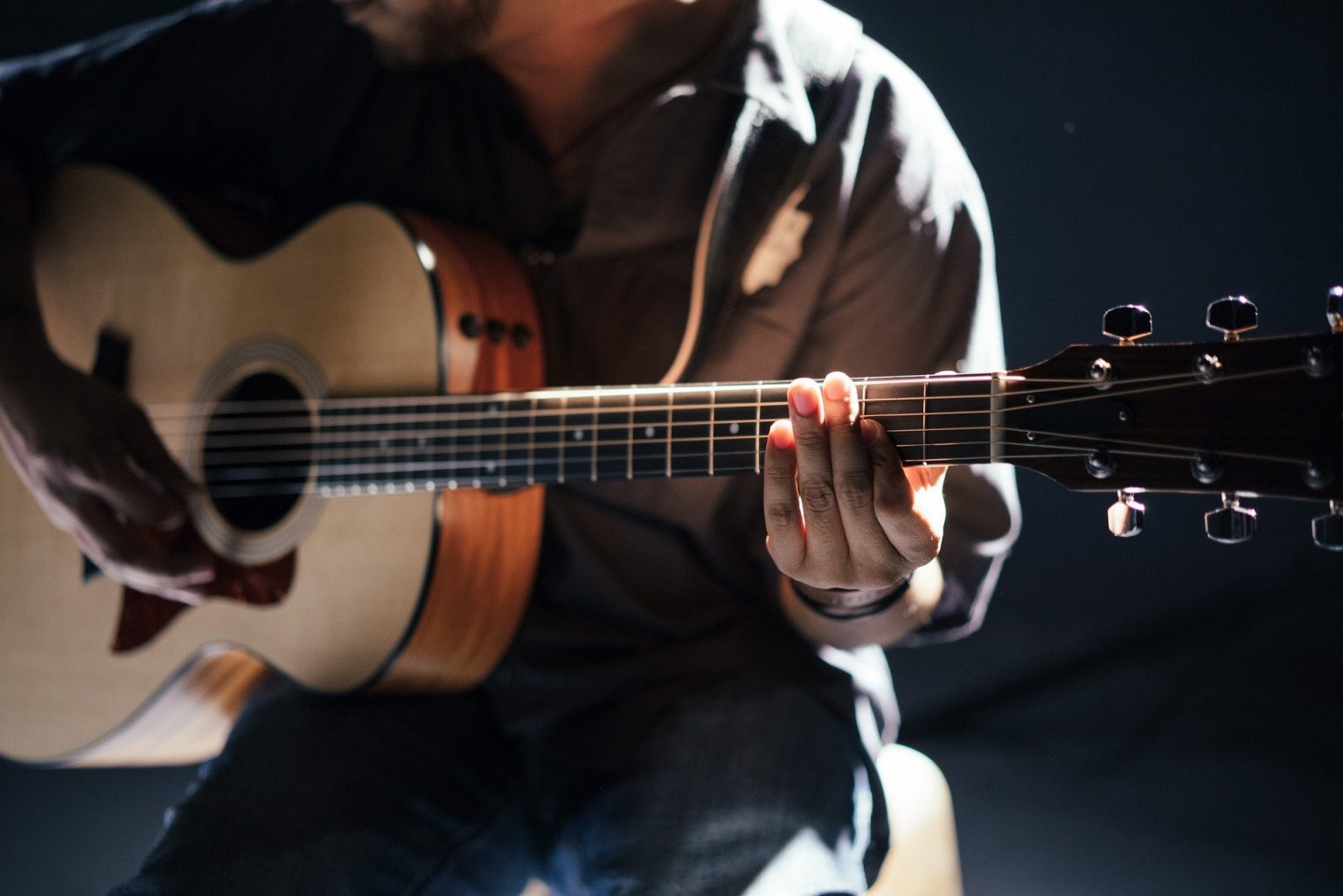 We’ve covered the basics of rhythm, scales, intervals, and melodies so far. Today we’re going to talk about chords and chord progressions. What is a chord? And what chords can I use?

What is a chord?

A melody is made up of succeeding notes played one at a time, which is also called monophonic. A chord exists of multiple notes playing at the same time, also known as polyphonic. The most basic chords use only 3 notes and are called triads. All three notes of a triad are part of a scale. In the scale of C Major, this would be C, D, E, F, G, A, and B.

How to make a chord?

Just like there are Major and Minor scales there are also Major and Minor chords. Making a chord is very simple. You start by picking the bottom note, or root note of the chord. Let’s start at C. Now move up the scale, skipping one note. If we skip D we would end up at E, which is the second note of our chord, also known as the third. If we move up from E and skip the next note, F, we end up at G which is the fifth of the chord. This chord consists of C, E, and G and is called a C-Major chord.

Let’s create another chord starting on A. If we skip one note of the C major scale we end up at C, skipping B. The next note up from C would be E, skipping D. This chord consisting of A, C, and E is called an A-Minor chord.

By following this pattern for the rest of the scale we would end up with the following chords:

The chords of the C Major scale

Notice that the last chord of the C Major scale has a different name:
B-Diminished. By looking at the intervals we’ll see that the interval between B and D is a minor third, which would make the chord minor. But notice that the interval between D and F is also minor! This is not a regular minor chord because a regular minor chord uses a minor third at the bottom and a major third on top. Because this chord has 2 minor chords we call this a diminished chord mainly because the fifth is not a perfect fifth anymore but has been lowered by one-half step, which is called a diminished fifth or dim for short.

Now that we know which chords to use according to our scale, we’ll have to combine some of those chords into a pattern called a chord progression. In part 5 of this series about music production for beginners, I explained that a melody is often 4 sentences long or 4 bars. Because the melody repeats every 4 bars most chord progressions follow the same pattern.

Lots of pop tunes use one chord per bar and thus 4 chords in total. This 4 chord progression is very common.

An important thing to realize is that every chord has a function. The root chord (I) is the home of a chord progression. The fifth chord (V) has a sense of tension, it wants to move back to the I chord. This is because the V chord starts out on a G which is the fifth of the I chord. A G-Major chord also has a B and a D which are respectively one note below and one note above the C. The B wants to move up to C, while the D wants to move down.

The V chord is therefore used a lot to move back home to the I chord. But why does the B wants to move up to the C? This has to do with tension and release. The interval between B and C is a minor second. When you play both B and C together you get an ugly tone called a dissonant. Because the notes are so close together they fight each other a little bit, causing tension.

When you play the C and G together, however, this sounds pretty calming. G is part of the C-Major chord and thus both notes don’t fight each other. The relationship between C and G is called a consonant, it releases tension.

Notes close to each other have more tension than notes spaced further away. That is why the V chord wants to move back to the C because the notes are so close together.

Those three chords, the I, IV, and V are the most used chords in all kinds of music, from pop to folk, EDM to classical music. I suggest you look up some common chord progressions online and try them out in your own songs. There is no right or wrong, do what sounds best to you.