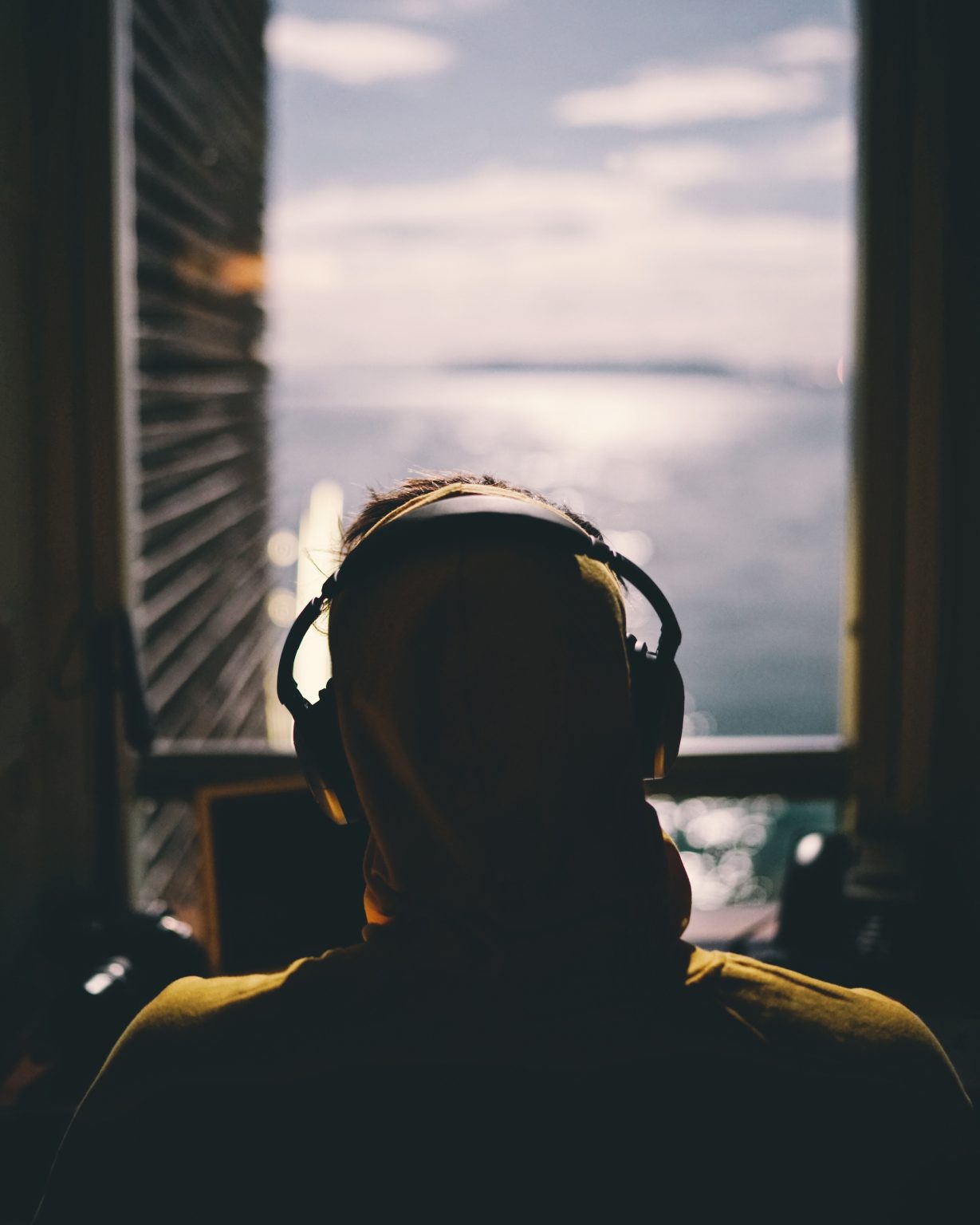 Headphones are essential in the studio, not only for recording but also for mixing and even mastering. To achieve better-sounding music productions and mixes, you need an accurate listening environment. However, acoustically treating your room is an expensive endeavor that is not possible for everyone. Especially if you’re just starting out with music production, there is a cheaper and much better way to improve your production quality without breaking the bank. And that’s by using headphones.

Acoustics are deceiving. Without a properly treated room, you can never be certain of what you’re hearing. An untreated room will have standing waves that make it difficult to judge the low end in your mix. Many people find mixing kick and bass the most difficult thing, and that’s probably because they can’t properly hear what’s going on.

Headphones will bypass room acoustics and their problematic low-frequency problems. Headphones are not only useful for mixing and mastering, but also for music production itself. Selecting the right samples that go together nicely is extremely important, and headphones allow you to make these important decisions more accurately.

The problem with headphones

So, should you ditch your speakers and mix solely on headphones? Unfortunately, headphones have their own issues. The biggest problem with headphones is that you can’t accurately judge stereo placement in an identical way that speakers do. Speakers feature a phenomenon called ‘cross-feed’ which means that the left speaker will not only reach your left ear but also your right. This is not the case with headphones, where the left ear is completely isolated from the right and vice versa.

Mixes made purely on headphones will therefore have a smaller stereo width. So stereo placement is something you still need to check on speakers. But with some experience, you will have a better understanding of how your headphone mixes translate, so you can more accurately decide where to pan your instruments.

Another issue with headphones is that you might hear more details than the average listener does on speakers. Especially when you’re using isolated headphones that dampen environmental noise. Headphones can make you hear the tiniest details that wouldn’t be that obvious on speakers. This makes headphones great for quality control to detect artifacts when editing, but less for mixing. You really need to add more than you might think in order for your headphone mixes to translate to speakers. And this comes down to trial and error, which will eventually lead to experience.

What to look for in headphones?

If you’re looking for a new pair of headphones you obviously want them to sound as good as possible, but one thing you don’t want to neglect on is comfort. If you’re working on a pair of headphones for hours upon hours every day, you need them to be comfortable. I’ve had headphones in the past that were impossible to wear for long periods of time. Even if they sound amazing, I wouldn’t want to use them, so this is something you just need to try out for yourself.

So when does a pair of headphones actually sound good? Of course, there’s a sliver of subjectivity to this question as your preferences may differ from mine, but overall we tend to aim for a headphone that sounds balanced in all frequencies. You want the lows, mids, and highs to be of similar loudness.

The difficult part about headphones is that you get used to them rather quickly. After a while you don’t hear their problems anymore, making you think the problems are your mixing skills, while it might just be the piece of gear resting on top of your head. Luckily, there are sites like ‘Rtings’ that objectively measure all kinds of headphones, so we can see their frequency response amongst other useful information.

There are two kinds of studio headphone designs: closed-back and open-back. A closed-back design will dampen more noise from the outside, but it may lack a sense of stereo width that open-back designs like the Beyerdynamic DT-990 Pro are more capable of recreating.

Closed-back designs like the Beyerdynamic DT-770 Pro are found in almost every studio because of their great isolation capabilities, which makes them ideal for tracking. Not only are they great for isolating external sources, but also for preventing headphone bleed leaking into the microphone.

One important thing about studio headphones is their dynamic range and lack of noise. This is where Impedance comes into play. Beyerdynamic sells its DT-770 Pro model with different impedance. Basically, the higher the impedance, the less noise and the more accurate frequency response you get, at the cost of loudness. If you’re using a 250-ohm model, this means you really need a good headphone amplifier to get the most out of it.

One thing I like about Beyerdynamic is that they sell accessories like replaceable foam ear cushions, as these tend to disintegrate after a couple of years. Throwing away a good pair of headphones because of a piece of foam is a waste of money, so check out if these options are available.

Also, take note of the cable that comes bundled with your headphones. Is it a regular straight lead or a curly lead? Curly leads are less likely to tangle up, but they tend to be a bit heavier.

Does your headphone come with a 1/4” or 1/8” jack connector? The Beyerdynamic models feature a screw-on adapter, which can be bought separately in case you lose one of them.

The one problem with Beyerdynamics is that the cables can’t be replaced. Well, at least not by opening up the headphones. So this might be worth looking into.

So what headphones should I get for mixing and mastering?

It may depend a bit on your budget, but a good pair of headphones shouldn’t break the bank. You may have guessed by now that I love Beyerdynamic and especially their DT-770 Pro model is a true workhorse that can be used for recording, editing, producing, mixing, and even mastering.

I think the DT-770 Pro gives the most bang for the buck, and especially the low-end response is very accurate and tight. The only problem is that they feature a brighter sound at 10kHz, which takes some getting used to. There’s software like Sonarworks SoundID that can compensate for these peaks and dips for all kinds of headphones in order to achieve a flatter response. Cubase 12 also comes with a similar headphone match plugin built-in.

These headphones are great for mixing in noisy environments and have loads of headroom, especially with a good headphone amplifier. You need to be careful though not to ruin your ears by turning up the levels too much because it just sounds so great.

Another model that is used quite often, albeit a little more expensive, is the Sennheiser HD-600. Looking at the Rtings review, these headphones are a lot flatter overall, but it does lack a bit of bass at the bottom end.

As long as you take into account that headphones are not the end-all-be-all solution for mixing and mastering, they are obviously hundreds of times better than mixing on speakers in a poor acoustic environment.

You just need to keep in mind to check your work on speakers from time to time, especially for panning, reverb, and loudness decisions. I personally also use a single Avantone Mixcube ‘crappy speaker’ to check if my mixes translate on smaller speakers. This is also great for checking mono compatibility and vocal levels.

Also, make sure to switch to speakers occasionally to give your ears some rest, as working with headphones can be more fatiguing for the ears.

What is your favorite pair of headphones, and what is your experience mixing with headphones in general? Let me know in the comments, I’d love to hear it!