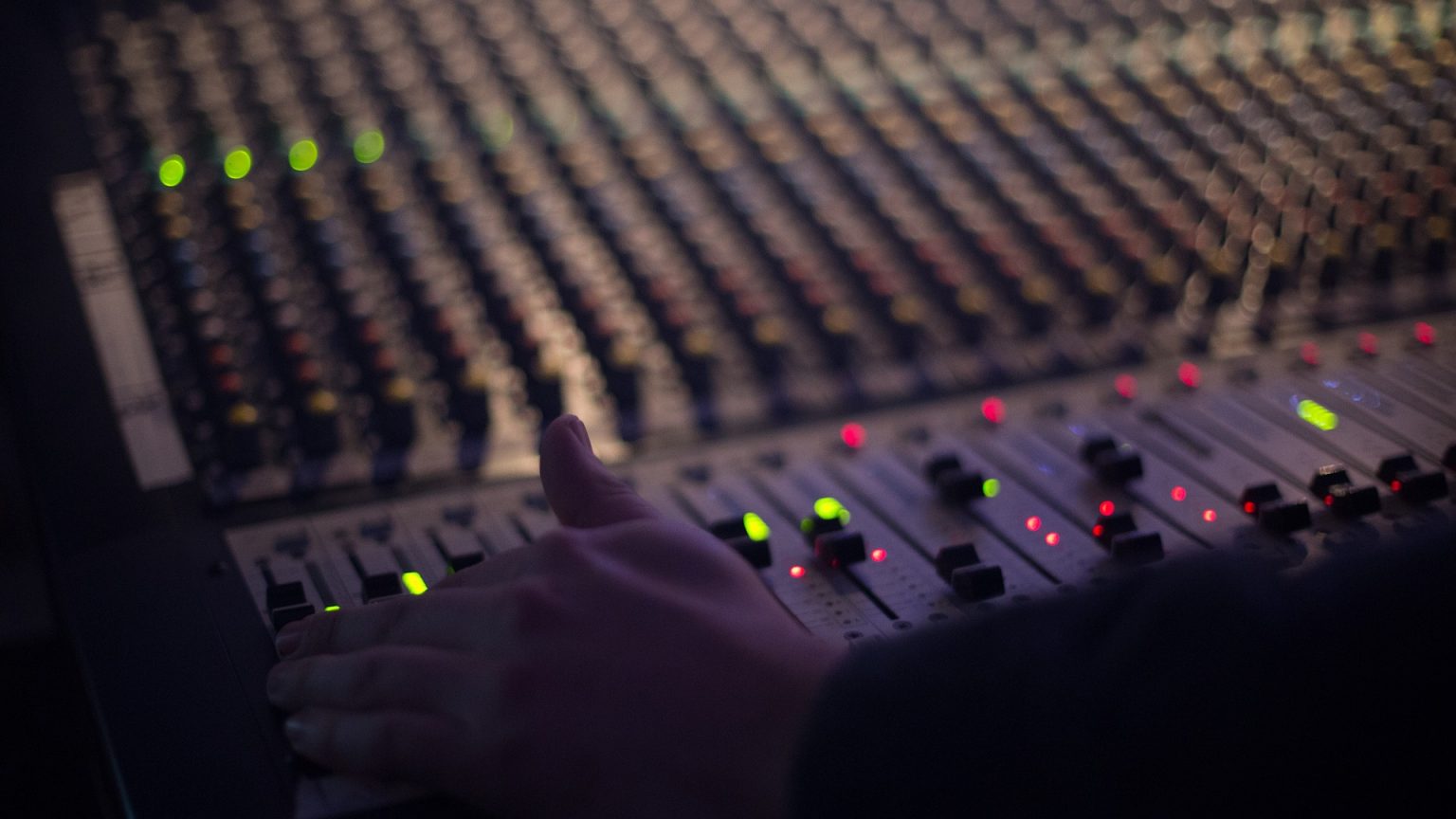 A lot of recording studios have a mixer set-up in their control room. You know, those things with tons of knobs and faders. Apart from looking pretty classy, what are the benefits of using a mixer in this day and age? ‘Why would I need a mixer in my studio?’

Back to the golden age

Let’s go back to the golden age of music. A time were recording studio’s recorded to tape as computers were nowhere to be found. Recording music was an expensive endeavor reserved for expensive recording facilities only.

Recording studio’s used big and clumsy analog mixing desks to mix down recording sessions to tape. The first 24 channel tape deck was released in 1968 so before that time all recordings needed to made on 8 channel tape recorders, which only the bigger recording studios could afford. Decisions had to be made on how to use this limited amount of available channels.

That is were mixers were used for. To reduce the amount of recorded channels into 8 tracks. Many analog mixers, therefore, have 8 bus channels. Stereo wasn’t a thing yet so 8 tracks provided enough flexibility at the time. Drums could be mixed down to one track, bass on another, just like keys, guitar, and vocals.

Back to the present, we are gifted with an almost unlimited amount of tracks thanks to digital audio and modern computers. We’ve now got audio interfaces which allow us to convert a microphone signal directly to a file onto our hard drives. We can mix our recordings directly in our DAW’s. Because of virtual synthesizers and sample libraries we don’t even need to record anymore. So why would you ever need a mixer?

Well, if you are a music production nerd like me, you probably love the feel of real hardware synthesizers, effect processors, guitar pedals and real instruments. Especially with the resurgence of boutique synthesizers, people are now playing live with their instruments more than ever. If you want to control all this hardware you need a device that can manage it all in an organized way.

That is where a mixer comes in. A mixing desk allows you to connect all kinds of equipment to one central hub. Every channel is clearly laid out in front of you with EQ on every channel and lots of routing options depending on the mixer you have.

Most mixers have aux sends which allow you to route audio to effect processors like a lexicon reverb unit, a chain of guitar pedals or a modular synthesizer system. Multiple audio sources and effect returns can be mixed together to a bus, which in turn can be send to the inputs of your audio interface.

“But, why can’t I just use an audio interface in the first place?” Well, you could. The problem is that it’s really difficult to easily experiment with sound and to commit to your decisions. With a mixer, you could blend the dry output of a synthesizer with a chain of guitar effect pedals. Once you’re happy you can send it to a bus and record that sound. You’ve now committed to this sound and can’t change it later on which is actually a good thing. This prevents you from endlessly tweaking things in your DAW and saves you lots of time in the end.

On top of that, you now have a way of monitoring all your hardware instruments latency-free! Ever tried to sing into a microphone and heard all kinds of phasing artifacts? That’s the comb filter effect resulting from your voice combined with a delayed recording of your voice. Monitoring in the analog domain will prevent this from happening.

An analog mixer will also provide you with a certain sound. The preamps, EQ, summing and all other internal circuitry of the mixer add some randomness and coloring to your sound. This is a good addition to the otherwise sterile environment of a DAW. Maybe you’ve got a hardware compressor or EQ. You can now insert it into a group channel and send all your recordings trough that one compressor. You are now mixing like the recording studio’s back in the day used to do and by working this way you’ll notice that songs start to take shape a hell of a lot quicker.

When you are done with recording all your sounds, all you need to do is make a rough balance in your DAW and you are actually presented with a mix! There is not a lot you need to do because you took care of it all when recording.

A mixer provides you with an intuitive way to control all the sound-making devices in your studio. Send midi notes to a synthesizer and you can automate effects during the recording process. You can create dub delays, distort the input preamps of your mixer and create feedback loops, which is really difficult to do in the digital domain.

You could even go back in time one step further and ditch the computer altogether. Get a cheap 2-track tape recorder or cassette deck and perform your music live. Now every piece you record is a once in a lifetime experience just like a live gig, you’ll never play like that ever again.

So, having a mixer is certainly a great addition to your studio if you work with hardware instruments and effects a lot. If you only record occasionally and work in the box most of the time you don’t need a mixer at all. Unless you want to add some analog flavor during the mixdown process of course.