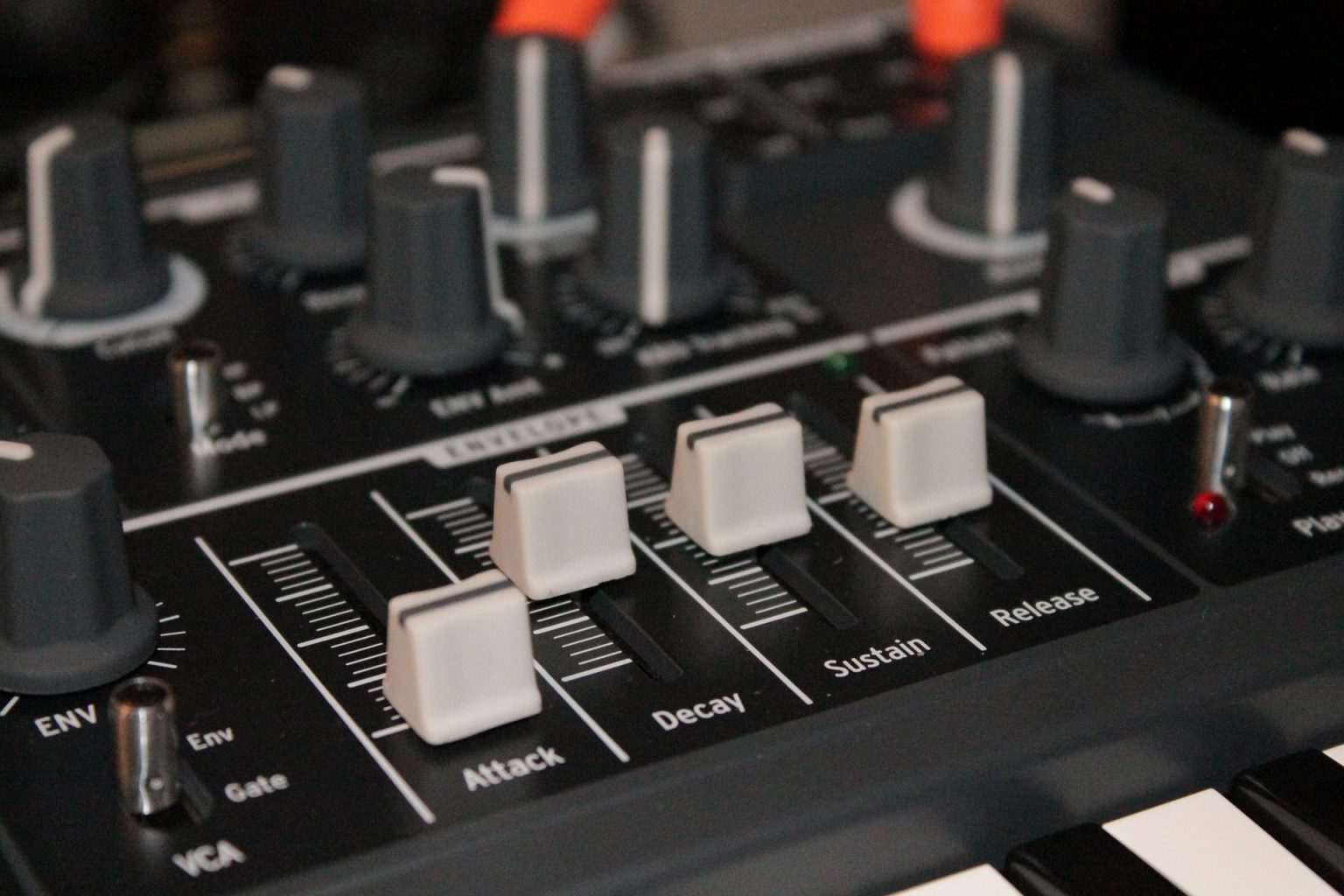 The signal flow of a subtractive synthesizer as we’ve seen so far is
oscillator > mixer > filter
We will continue to follow the signal path with one last part: the amplifier.

The amplifier, also known as Voltage Controlled Amplifier (VCA), is used to control the volume of a subtractive synthesizer. If you would listen to the output of an oscillator, you would hear a steady tone that changes in pitch with each keypress but with no change in amplitude. The amplifier is what controls the volume of those oscillators.

In addition to envelopes, another modulation source is an LFO or low-frequency oscillator. This is exactly the same as any other oscillator with the exception that it runs at lower speeds. Just like an envelope, it can modulate the volume or a filter. The amount of modulation can be set by the modulation amount or LFO strength.

LFO’s have multiple waveforms like any regular oscillator. A sine wave can be used to create tremolo effects by modulating the amplifier, this type of modulation is called AM, or amplitude (volume) modulation. LFOs can have multiple destinations other than filter cutoff and amplifier volume.

You can modulate the pitch of an oscillator with an LFO to create vibrato, this type of modulation is called FM, or frequency modulation. You can even modulate the speed of one LFO with another LFO.

Some LFO’s also have a noise option. With the LFO speed set to low you can create random stepped values which can create some interesting effects. Many LFO’s can be synced to the tempo of your DAW and set to note values, like a bar, half note, quarter note, 8th note, etc. LFO’s can be run free as well, without timing reference to the DAWs tempo.

The last part of a synthesizer is the effect section. Not all synthesizers have effects built in, but most of the newer ones do. If we look at the signal flow, the effects usually come at the end of the chain:

Common effects found in synthesizers are reverb, chorus, distortion, EQ, and compression. We will discuss these effects in more detail later on in this production basics series.

That’s it basically. You now know how a subtractive synthesizer works! It’s easier than it looks. Opening up a new synthesizer can be daunting at first, but if you take your time, you can get started with any synth in no time. Play around with some presets and fiddle around with knobs to hear the results. Try to understand how different sounds like bass, lead and pad sounds are created and try to create your own sounds by starting from scratch.